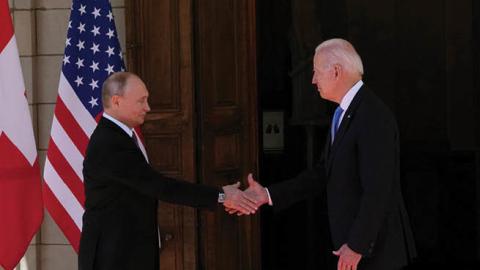 Vladimir Putin’s Ukrainian gambit continues to dominate world news and reap extraordinary rewards at minimal cost to him. Mr. Putin has three linked goals: to restore as much of the old Soviet empire as possible, to break the North Atlantic Treaty Organization, and to disrupt the European Union. The diplomatic demands, propaganda campaigns, cyberattacks and military maneuvers he has unleashed have brought him significantly closer to his principal goals. Instead of responding effectively, Mr. Putin’s Western opponents have lurched deeper into division and incoherence.

Not since the 1940s has the West been this disunited. Germany refuses to allow NATO allies to ship German-made weapons to Ukraine. France chooses the Western alliance’s most critical hour since the 1961 Berlin Crisis to call for a fundamental rethinking of Western political structures and relations. Britain goes all-in on arming Ukraine. The European disarray reflects the West’s fundamental weakness: Washington hasn’t been able yet to forge a consensus that enables the West to pursue a common objective.

By this disarray we can evaluate President Biden’s “Be Nice to Europe” policy, which aimed to “park Russia” and build the trans-Atlantic alliance back better. It has done neither. Russia is on the march, and Germany and France are undercutting American diplomacy and charting their courses almost as if the Biden administration did not exist.