Joe Biden Needs To Keep the Heat on China 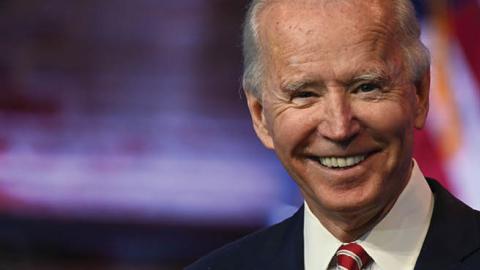 Caption
US President-elect Joe Biden answers questions from the press at The Queen in Wilmington, Delaware on November 16, 2020.

Joe Biden is entering the White House promising to repair the enormous damage he believes his predecessor has caused. With respect to foreign policy, this includes restoring US leadership and its standing in the world. Responding to China is the highest order of business. To do well, his administration must undertake a dispassionate assessment of Donald Trump’s successes, which can be improved and built on, and avoid making similar mistakes.

A first step is to properly frame the problem. The greater and more worrying development in our world was not the unexpected Trump victory in 2016 but the emergence of Xi Jinping’s China. Up to and including the Barack Obama years, the mounting concern was that Beijing’s increased abrasiveness, coerciveness and violation of legal and economic rules, such as those relating to maritime borders and cyber theft, were being normalised. This was happening because the only nation more powerful than China, under Trump’s predecessors, lacked the clear-sightedness and resolve to squarely confront Beijing. It took the Trump administration, and its unique capacity and inclination towards bluntness and disruptiveness, to provide the circuit breaker.

Among national security communities in America and Australia, there is quiet relief that Biden is not seeking a return to a mythical status quo ante when the region was more stable and relations with China on a better footing — mythical because Beijing has for decades coveted pre-eminence and viewed America as a rival over which it must prevail.

Its basic approach to achieve that was to undermine American power and the credibility of its alliances. It was just that there was a reluctance to call that out. Biden now advocates for what he calls competitive coexistence vis-a-vis China, entailing ongoing efforts to ensure America retains the advantage in the military, economic, institutional and technological realms. It is for this reason the incoming White House must acknowledge Trump’s important achievements rather than dismiss the entire last four years as abject failure. Despite its many faults, one virtue of this administration is that it takes seriously the cost of inaction whereas Trump’s predecessors tended to focus on the risk associated with strong action.

This increased the strategic courage and creativity of forward-leaning nations like Australia and Japan. With respect to China, Trump has proven himself to be a determined and formidable tactician. Biden needs to be the same but also demonstrate better strategic acumen.

Take the tariffs and other economic measures against China — the combative psychology of the Trump administration made possible these controversial and disruptive policies. Not everything has been effective or well thought through, but these American decisions have done more to cause Xi to pause and reassess his policies than any taken by previous administrations. For the first time, China is on the defensive with its Belt and Road Initiative and Made in China 2025, which are designed to unfairly privilege Chinese entities and impose unequal conditions on its economic partners, including Australia.

Biden’s instincts are to use a scalpel rather than sledgehammer in countering China. Both have their purpose, but sometimes only a blunt instrument will do. Trump needed a sledgehammer approach in economic and diplomatic terms to seize the tactical advantage and the president-elect will need to find the nerve to wield one.

Moreover, Biden needs to be wary of inevitable Chinese entreaties to take the heat out of the relationship in preparation for a reset of the relationship. Without modifying any behaviours that caused a global backlash in the first place, that Chinese offer is an empty gesture designed to regain the initiative. Like Trump, Biden must reserve the ability to escalate and de-escalate any disagreement, and doing so at a time of his choosing.

This leads to the question of strategic purpose, which ought to inform any tactical assault. Some astute calls were made by Trump such as pulling out of the outdated restrictions imposed on America by the Intermediate-Range Nuclear Forces Treaty, which will allow America to better counter China’s growing offensive weapons. But the President also took gratuitous delight in downgrading or exiting admittedly flawed organisations such as the World Trade Organisation and World Health Organisation without proposing alternatives.

Those and other actions have important ramifications. Power and influence – American or Chinese – are based primarily on material strength but preserved and extended through shaping institutions and strengthening co-operation with allies and friendly nations. An absent, indifferent, or isolated America only shoots itself in the foot and leaves smaller nations wary and exposed. That amounts to American strategic error because allies such as Australia, as forward-leaning as we already are, still need institutional outcomes and trust in enduring agreements to lock in gains and defray costs of American-led collective action.

Many of Trump’s subordinates tried valiantly to convince him the greater reason for competing is not just to put Beijing off balance but work with other nations to impose enduring structural and institutional constraints on errant Chinese behaviour. To lead well, as he promises to do, Biden needs to do this and replicate elements of Trump’s competitive mindset and approach.