The CCP Goes to Hollywood 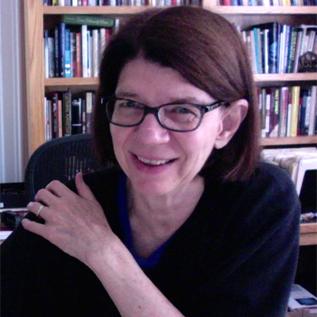 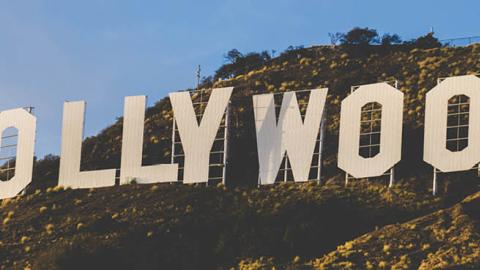 When visiting China in 2007, I was told by several scholars and journalists that the Chinese Communist Party (CCP) granted different degrees of freedom to different cultural sectors, depending on the size and nature of the audience. For example, the world-renowned visual artist Ai Weiwei could do pretty much as he liked, because his work fetched high praise and high prices in the West but had a minuscule audience at home.

That was then. In 2014, CCP general secretary Xi Jin­ping decreed that all Chinese artists must “adhere to correct views of history, the nation, the country, and culture.” Nowadays, Chinese collectors can spend millions at Western art auctions, and Chinese artists can recycle traditional styles. But when it comes to politics, the redlines are red indeed. In 2020 the National Museum in Beijing mounted an art exhibition dedicated to the heroism of the Chinese people during COVID-19 and (especially) to the effectiveness of the CCP’s response to the outbreak. Every work in the place was rendered in the 1930s Socialist Realist style that Mao adopted from Stalin.

Ai Weiwei fled China in 2015, after being imprisoned for 81 days in a tiny cell where his every move, including using the toilet, was watched at close quarters by stone-faced guards. In 2020, Ai released his own tribute to his countrymen in the midst of the pandemic: a documentary called “Coro­nation,” culled from 500 hours of video smuggled out of Wuhan. Showing not just the effectiveness but also the harsh repressiveness of the CCP’s response, the film is a more accurate tribute than the fastidiously executed anachronisms in the National Museum.

Back in 2007, I was also told that filmmakers in China had less freedom than artists did — in keeping with Lenin’s oft-quoted remark: “Of all the arts, the most important for us is the cinema.” By “us” Lenin did not mean the Russian people; he meant the Bolsheviks, who immediately recognized film’s power as a vehicle for propaganda. In the 1930s, when the Communist Party of the Soviet Union was in its Popular Front phase, efforts were made to enlist Hollywood in the anti-fascist (pro-communist) cause. The success of those efforts is disputed. But there can be no dispute about China’s current efforts. Indeed, the CCP has pulled off a trick never dreamed of by the Soviets: It has forced Hollywood into a cramped Orwellian space not much bigger than Ai Weiwei’s cell.

The difference, of course, is leverage. For most of its history, Hollywood did not bother with authoritarian countries, because, even when not closed to trade, they were too poor to be lucrative. As a Hollywood talent agent once remarked to me, “Who cares about North Korea? They don’t buy our movies.”

China has broken this mold. Along with being the world’s most censorious film market, it is also the most profitable. In 1994, Beijing first agreed to admit ten foreign films a year. (The number is now 34, and, as always, most imports are American.) Ever since then, Hollywood has been dazzled by visions of China as a place where new cineplexes would sprout like mushrooms and every U.S. blockbuster — no matter how cloned the characters, predictable the plot, or repetitive the special effects — could earn hundreds of millions of dollars. Over the years, Beijing has been sweetening the deal by investing in U.S. companies and promoting costly joint productions aimed at global audiences.

So it’s all about the money — at least for Hollywood. The money is important to Beijing, too. But Beijing’s ambitions go far beyond the bottom line. To begin with, the CCP has long sought to build a domestic film industry capable of beating Hollywood at the Chinese box office. To that end, it enlisted Hollywood as a teacher, offering access to China’s 1.4 billion consumers in exchange for the transfer of American cinematic know-how to Chinese partners. That exchange involved so many sincere, talented people on both sides, it cannot be reduced to cynical motives. Yet to judge by the current Chinese box office, the win-win phase is over, and Holly­wood is the loser. In 2020, imported films made up only 16 percent of movie tickets sold in China, as opposed to 30 percent in 2019.

Part of this shrinkage can be blamed on the pandemic. But for Stanley Rosen, a political scientist and longtime observer of the Hollywood–Beijing relationship, it is also a case of the student surpassing the teacher. “China has learned enough from Hollywood to make its own films,” he told me. Moreover, the Chinese audience has become increasingly “sophisticated and empowered,” to the point of disdaining the “pandering” insertion of “token Chinese actors” into Hollywood films. The audience is also “primed to look for historical or cultural inaccuracies” in big-budget films such as Mulan (a 2020 film by Disney that presumes to retell a familiar Chi­nese tale).

Unfortunately, this is only half the story. Even larger is Beijing’s ambition to rival and ultimately surpass America as the world’s cultural-ideological hegemon. In 2016, this ambition fueled the biggest Sino–American joint production ever: The Great Wall, a $150 million special-effects extravaganza combining Hollywood panache with pro-Chinese messages. But instead of a mega-hit, The Great Wall was a mega-flop. To judge by its actions, Bejing decided then that, rather than try to be Hollywood’s global competitor, it would strive to become its global censor.

According to a 2021 report from PEN America, that decision is having a chilling effect not just on Hollywood movies intended for the Chinese market, but on the entire output of the American film industry: “Hollywood is one of the world’s most significant storytelling centers, a cinematic powerhouse whose movies are watched by millions across the globe. And yet the choices it makes, about which stories to tell and how to tell them, are increasingly influenced by an autocratic government with the world’s most compre­hensive system of state-imposed censorship.”

The screws tightened further in 2018, when Xi Jinping placed all Chinese media under the direct control of a small inner circle within the the Central Propaganda Department who answer directly to him. Warns the PEN report: “Unlike the censors of the Film Bureau who often had experience with filmmaking, these new censors are trained mostly in Communist Party doctrine — a very different lens.”

These changes only increase the threat to Hollywood’s hard-won freedom. I say “hard-won” because for the first four decades of its existence the American cinema, under the 1915 Supreme Court decision Mutual v. Ohio, was subject to state and local censorship and defined legally as “a business, pure and simple.” To keep the government at bay, the studios formed a powerful trade association (known today as the Motion Picture Association of America, or MPAA) to pre-censor their films according to an agreed-upon production code. In 1968, after the Supreme Court through a series of decisions extended First Amendment protection to film, the MPAA scrapped the code in favor of the age-based ratings system still used in U.S. theaters.

Today, of course, movies can be watched on mobile devices beyond the reach of any ratings system, and the global audience is migrating away from theaters and toward online streaming. But if you think this will bring more freedom to China, think again. America’s tech wizards were long ago shown the exit from that country, the partners whom they trained being left well equipped to develop new social-media and streaming services to amuse and distract the masses while also censoring, surveilling, and propagandizing them. It is worth noting that none of the major Chinese media companies — Baidu, Tencent, Alibaba — has a true American equivalent, because, while these companies are in theory not directly controlled by the CCP, Party officials can step in at any time, as they’ve done recently with Didi Chuxing (China’s more ubiquitous version of Uber).

Faced with this increasingly risky situation, American film producers have a choice. They can continue squeezing themselves into smaller and smaller boxes for smaller and smaller slices of the Chinese pie. Or, working together through the MPAA, they can do humanity a favor and reaffirm the artistic freedom that has long been the source of their global appeal. From my vantage point at the end of a very long limb, I recommend the latter. It has been years since Hollywood gave much thought to its historic role as an exemplar of democracy to an unfree world. But I find it significant that two of the biggest hits at the Chinese box office this spring were re-releases of older films, Avatar and the Lord of the Rings series, that were created without being watched at close quarters by Xi Jinping’s stone-faced guards. Can anyone in Hollywood even remember what that felt like?