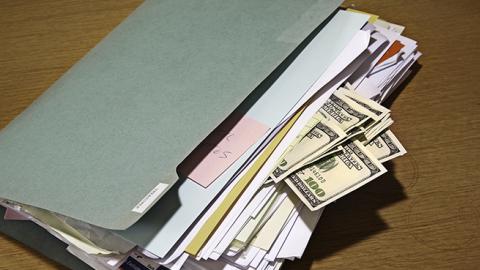 p(firstLetter). Globalization is playing out unexpectedly as governments, businesses, and individuals around the world are connected to one another at an unprecedented rate. These new connections were at first widely hailed as enhancing the influence of the United States, but their true political consequences are only just beginning to become clear.

One of the most important but overlooked dynamics, given its national security implications, has been the pervasive networking of American professional services providers with power brokers and their acolytes from corrupt authoritarian states. Certain elements within the legal, financial, and influence communities, seeking new markets, clients, and profits among an emerging global class of super wealthy actors with fortunes of dubious provenance, have in the past fifteen years begun offering their services to transnational kleptocrats linked to authoritarian regimes. From Washington lobbyists with Kremlin-linked accounts to New York law firms with Chinese Communist apparatchik clients, these tie-ups have a detrimental effect on the political and the financial workings of American democracy—one that is only growing.

This report argues that these professionals have become enablers of authoritarian influence within democracies in a twofold manner. First, they are facilitating the concealment, insertion, and deployment of kleptocrats’ illicit funds within Western economies. Second, they are using their skills and expertise to help kleptocrats establish networks of influence inside democratic societies. This relationship between Western professionals and authoritarian elites has not only fueled a boom in money laundering; it has transformed significant elements of the most distinguished, influential professions into wholesale importers of transnational corruption.