Skip to main content
Reports
The United States of Anonymity 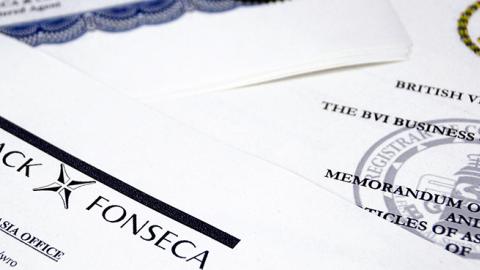 For years, Viktor Bout, known as the “Merchant of Death,” was considered the world’s premier arms dealer, with clients ranging from those in Muammar Qaddafi’s Libya to those in Mobutu Sese Seko’s Democratic Republic of the Congo. Former Ukrainian Prime Minister Pavlo Lazarenko, meanwhile, landed upon Transparency International’s listing of the world’s ten most egregious kleptocrats. And Teodoro Nguema Obiang Mangue, son of Equatorial Guinea’s dictator—a leader who has remained ensconced in power since 1979—is known not only for forfeiting tens of millions of dollars to the U.S. Department of Justice, but also for the fact that he continues to own, of all things, Michael Jackson’s crystal-studded glove.

Despite their disparate vehicles for accumulating wealth, and despite their current fortunes—Bout remains behind bars, while Obiang is now Equatorial Guinea’s vice president—all three had something in common. According to investigations and court records alike, all three men saw fit to utilize American shell companies to funnel and obscure their massive wealth. Rather than squirrel their funds in traditional offshore havens, the three turned to the United States to blur their swelling finances—and to further their own kleptocratic, or lethal, pursuits.

Bout, Lazarenko, and Obiang are by no means the only nefarious non-American actors utilizing U.S. shell companies to conceal their finances over the past few years. From Moldovan gangs involved in human trafficking to Mexican cartels funneling funds into the United States, even extending to criminals diverting millions of dollars that had been intended to upgrade safety precautions at Soviet-era nuclear facilities, the cast of characters abusing America’s system of anonymous companies—and of the country’s overall transformation into a leading provider of shell companies—is as deep as it is sinister. Not only was one of the U.S. companies allegedly linked to Bout used for arms transfers to the Taliban, but, as one lawyer specializing in shell companies wrote in 2017, “It’s not entirely beyond the realms of possibility that ISIS could be operating companies and trust funds domiciled in Delaware.”

All told, over the past few years the United States has transitioned into one of the most prominent jurisdictions hawking outright financial secrecy internationally. While traditional tax havens and other Western governments alike have tightened regulations pertaining to financial transparency, the United States has instead lurched in the opposite direction. And America’s transformation into a haven for financial anonymity has arisen in no small part due to the efforts of a handful of local, state-level governments. Led by Delaware, Nevada, Wyoming, and South Dakota, a small scattering of states has flipped the broader American theory of federalization—that is, state-level legislative experimentation in the pursuit of policies that work best— on its head, and perfected policies that have placed the United States at the top of the list of global offshore havens. When it comes to financial secrecy, these states are engaged, as the Tax Justice Network wrote, in a “race to the bottom.”

While the Federal government has generally been regarded as one of the leading enforcers of international financial oversight, the United States has nevertheless morphed into one of the chief jurisdictions for those looking to hide their funds from governments and investigators alike. And while a few cases, like those of Bout and Obiang, have come to light, a report from Global Witness recently observed that such instances are “very likely just the tip of the iceberg.”