Vietnam: The Bipartisan Thorn in China’s Side 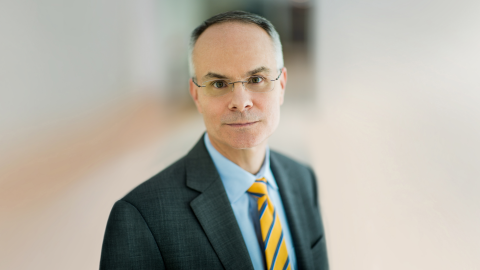 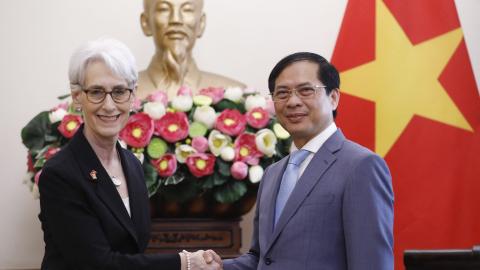 This month, as Xi Jingping further consolidates his power during Communist China’s 20th Party Congress, a massive construction project will move forward in North Carolina. The project is an important marker in the evolution of the United States’ Asia strategy, one intended to combat Chinese ambitions.

In March, North Carolina Gov. Roy Cooper announced his state would get its first vehicle manufacturing plant, with production expected to start in 2024. The company making the $2 billion investment to build electric vehicles isn’t headquartered in Japan, South Korea, or China, but Vietnam. A few months later, Secretary of State Antony Blinken congratulated the “people of Vietnam on the occasion of Vietnam’s National Day” and stressed the U.S. “commitment to a strong, independent, and prosperous Vietnam.” Forty-seven years earlier, in 1975, Americans watched U.S. helicopters frantically loading U.S. government employees on an apartment rooftop in Saigon as North Vietnamese forces neared full control of the capital.

The journey from enemies to partners, reflected in the steady stream of American officials visiting Hanoi and Vietnam’s inclusion as a “partner” nation in the Biden administration’s’ Indo-Pacific Strategy, is a bipartisan accomplishment. It is an outcome forged over many years by successive administrations and Congresses and rooted largely in a mutual interest in countering China’s expansionism. As much as Vietnam divided our politics before, the U.S.-Vietnam relationship could be evolving into a strategic partnership.

American and allied navies have enhanced security ties through regular port calls there; bilateral trade and investment are robust; and the U.S. has joined with Vietnam and other regional nations to oppose China’s belligerent declarations and actions in the South China Sea.

With more than 2,000 miles of coastline, running from the Gulf of Thailand in the south to its northern border with China, Vietnam has opposed Beijing’s efforts to turn the South China Sea into a Chinese lake and has become increasingly wary of Chinese activities at Cambodia’s Ream Naval Base, the environmental impact of upstream dam construction on the Mekong delta, and debt-trap politics in neighboring Laos. Vietnam has also become a regional destination for U.S. and other tech firms gradually pivoting their manufacturing, particularly in microelectronics, away from their China-centric supply chains.

Apple, for example, recently announced that it will move some of its Apple Watch and MacBook manufacturing to Vietnam. The country is already home to Intel’s largest overseas chip assembly plant, and the company is now investing more in its facility to test and package its chips. So is Arizona-based Amkor Samsung recently announced an additional $3.3 billion investment in Vietnam for the production of semiconductor components. High-tech goods today account for more than      40 percent of Vietnam’s exports, and the nation is now the sixth largest exporter of goods to the U.S., with electrical machinery accounting for almost half at $27 billion.

U.S.-Vietnam relations have certainly come a long way since President Bill Clinton established full diplomatic ties with Hanoi on July 11, 1995. A major driver for normalizing relations and the follow-on bilateral agreements and joint activities was increasing unease about the future direction of China.

While U.S. corporations went all in on the Chinese market, even if it required transferring sensitive U.S. commercial technology as the price of admission, some circles in the U.S. government grew concerned about links between China’s industrial sectors and its military, missile proliferation and related dual-use technology transfer to China, and Beijing’s actions in the Indo-Pacific..

“We’re concerned about what’s going out the backdoor in terms of sensitive nuclear technology,” Sen. Fred Thompson said in reference to the 1999 congressional report on national security and commercial relations with China. “But we’ve been negligent in terms of what we’re giving them [PRC] out the front door in terms of our trade and dual-use items.” Former ambassador to China James Lilley stated flatly, in early 1995, that Beijing’s “objective in 10 to 20 years” is to control the South China Sea.

In a July 1995 speech, Secretary of State Warren Christopher noted that Beijing offering “greater transparency about its military capabilities and its military intentions could do a great deal to reassure its neighbors.” He then called for closer U.S. engagement with Vietnam to promote “regional peace and stability” before adding that differences about the South China Sea should be resolved “through dialogue and not through any military confrontation.” Sen. John McCain was characteristically more blunt. “We need a strong Vietnam in the region as part of a counterweight to what is a disturbing pattern of behavior on the part of the Chinese,” McCain said on Meet the Press.

Translation: A productive U.S.-Vietnam relationship could be helpful down the line.

Since then, Republican and Democratic administrations and Congresses have sought to strengthen U.S.-Vietnam relations. Congress has also played a key role in passing legislation, sometimes by tight margins, but always with bipartisan majorities.

During Clinton’s years, for example, the lifting of the economic embargo was followed by full normalization of relations and negotiations on a trade agreement. Under George W. Bush, the Clinton-initiated Bilateral Trade Agreement (BTA) was signed, the first U.S. Navy ship since 1975 docked in Vietnamese waters, and a Trade and Investment Framework Agreement was concluded. Barack Obama announced a U.S.-Vietnam Comprehensive Partnership with Hanoi and lifted the U.S. arms embargo on sales to Vietnam. During the Trump administration, the USS Carl Vinson was the first U.S. carrier to dock in Vietnam since the fall of Saigon, and Vietnam participated for the first time in the RIMPAC – a large naval training exercise hosted biennially by the U.S. and partner nations. And now the Biden administration is pursuing a range of initiatives to strengthen U.S.-Vietnam ties.

But is the U.S. doing enough given the stakes? After all, a Vietnam successfully hemmed in by China and intimidated into Beijing’s political orbit would be a blow to U.S. efforts to promote a free and open Indo-Pacific and strengthen Beijing’s hand in Thailand, among other repercussions.

During the 2021 nomination hearing for Marc Knapper to be the U.S. ambassador to Vietnam, senators rightly voiced concerns about human rights and religious freedom in Vietnam, but all expressed the need to “develop a genuine strategic partnership with Hanoi,” as Sen. Bob Menendez of New Jersey put it. Sen. Bill Hagerty, onetime ambassador to Japan, emphasized “the strategic opportunity that Vietnam presents for the United States, for our quad partners, and for the safety and security of that region.”

The next Congress will have an opportunity to work constructively with the Biden administration to upgrade the current U.S.-Vietnam partnership to a strategic one that expands our political, security, economic, and cultural ties. The opening to Vietnam 27 years ago required sustained political leadership and focus to turn an opportunity into a reality.

Today is no different.

Read in The Dispatch.