Christian women in Egypt face an epidemic of kidnapping, rape, beatings and torture. 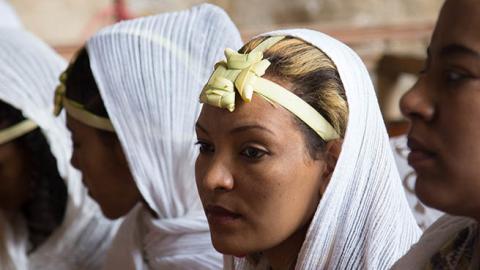 Egypt’s Christian community faces dangers that most other Egyptians needn’t fear. Threats of violence during church services, attacks on buses filled with innocent pilgrims and their children, and assaults on successful Christian businesses happen all too frequently.

But only occasionally do they appear in the Western media.

Meanwhile, mass kidnappings, such as the Boko Haram abductions in Nigeria, are widely reported. Even accounts of young Pakistani Christian girls’ abductions have been published from time to time.

However, an ongoing nightmare in Egypt has gone virtually unnoticed for years. Victims fall silent. Authorities turn a blind eye and religiously-motivated kidnappings are extremely difficult to document.

But the truth is that Christian women in Egypt face an epidemic of kidnapping, rape, beatings and torture. Innumerable girls and women vanish forever, and even if they are somehow rescued, their stories are thought to be so shameful that they’re hidden as dark family secrets. Meanwhile, doctors quietly repair internal damage and “restore virginity” to abused teenagers and twenty-somethings. Priests try to protect family reputations when the girls return.

Meanwhile, the devastated survivors will never be the same.

The attacks vary – some happen randomly, when a vulnerable female is spotted walking alone on a sidewalk. Other are plotted by Islamist consortiums, who pay kidnappers as much $3,000 per girl. The assailants rape the victims, hold them in captivity, then demand that the terrified young women to convert to Islam – often violently abusing them until they surrender.

These crimes are particularly common in villages outside Egypt’s major cities, where radicalized thugs act with impunity, sometimes forming raging mobs and leaving behind a trail of blood, ashes and broken people.

World Watch Monitor, an international Christian publication, interviewed a man who had been once an abductor himself. He explained, “A group of kidnappers meets in a mosque to discuss potential victims. They keep a close eye on Christians’ houses and monitor everything that’s going on. On that basis, they weave a spider’s web around [the girls].”

Once a victim is delivered to a radical Islamist organization, he explained, her price tag, payable to the kidnappers, is big money in a cash-strapped country like Egypt. The kidnappers are happy with their share of the loot. However, their radical Islamist handlers have a “higher” aim: to strengthen Islam and weaken Christianity.

The tactics vary. Some of the girls are flattered and romanced by their captors. A starry-eyed young woman falls in love and is delighted when her mysterious lover, who promises to convert to Christianity – if she’ll run away with him. All too often when she does, she is never heard from again.

Other young women are abducted off the street.

One Egyptian teenager – we’ll call her “Samia” – grew up in a Coptic home. Her mother was devout; her father was violent when drunk.

Samia decided to run away, determined to leave her small village in Minya and find a new life in Alexandria. She reached her destination, but as she made her way along an unfamiliar city street, a car pulled over, two young men grasped her and dragged her into the back seat. A brutal foursome later took turns raping her while mocking the small cross tattooed on her wrist.

Samia courageously escaped and made her way home. By then, she had been badly beaten. The cross on her wrist had been burned off with acid – and she was pregnant.

Her mother and sister managed to settle her in a convent; she returned home months later, after the nuns delivered the child, whom she never saw and her father never learned what had befallen her.

Abdel Fatah al-Sisi was elected President of Egypt in a landslide vote in May 2014. His victory was welcomed by many Egyptians, and after his acceptance speech, Sisi was endorsed by several religious and political leaders, including Coptic Patriarch Tawadros II.

I later asked Bishop Serapion, the Coptic bishop of Los Angeles, about the plight of Copts and other Christians in Egypt following Sisi’s election. Were Copts faring better now, under Sisi’s presidency?

Choosing his words carefully, he told me that there has been genuine progress at the top levels of government, but local authorities are still inclined to turn a blind eye to anti-Coptic persecution.

And so it goes. Especially defenseless are the women who are assaulted and taken captive, often in the name of Islam. Local authorities are the last to renounce their small-town power and prestige. And minorities – Copts and other Christian communities – continue to suffer.

Girls and women are abducted and abused. Businessmen are arrested while attempting to collect money owed by Muslims. Instead of fair payment, they are instead accused of having sexual relations with Muslim women or of other scandalous behavior and are jailed – sometimes for years.

My friend and colleague Charmaine Hedding, founder of Shai Fund – a small international humanitarian organization – is presently in Egypt interviewing Christian women who have survived abduction and sexual abuse.

“We do what we can,” she told me. “We’re providing small donations and encouragement. But we also really want to make sure these vicious sexual abuses are made known in the West, where today’s women are especially sensitized to such devastating experiences.

“Perhaps once Western women begin to understand what’s really happening in Egypt, we’ll see more help and concern for the traumatized victims of both religious and sexual abuse.”