Iran Accelerates Nuclear Activities under the Guise of Energy Research 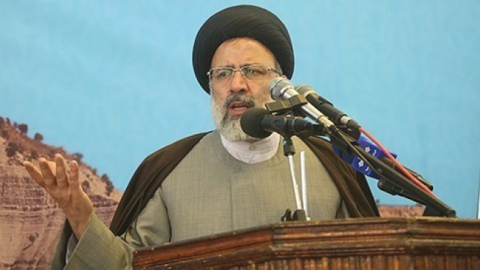 The newly appointed next commander of US Strategic Command, USAF Gen. Anthony Cotton, is now commander of the USAF Global Strike Command. On September 15, 2022, he warned Congress and the country in a Senate testimony that the United States faces some serious and growing nuclear challenges.

As the current Commander of US Strategic Command Admiral Richard has emphasized, Gen. Cotton also underscored the emergence of China (on top of Russia) as another peer competitor on the nuclear stage. China has engaged in what Admiral Richard described as a “breathtakingly” rapid buildup in nuclear forces, the size of which have surprised the intelligence community long convinced China’s emergence on the world stage would be a “peaceful rise.”

Unfortunately, China’s nuclear growth is not the only deadly serious nuclear challenge Gen. Cotton will face. Just as the US analysts including those in academia and the intelligence community for years downplayed the possible future growth of the Chinese nuclear forces, (mimicking Chinese propaganda), so too have they downplayed the Iranian nuclear challenge.

This past week Congress and the country learned that Iran’s nuclear activities have accelerated even as the prospects of a new agreement to reign in Iran’s potential sprint to a nuclear bomb have dimmed significantly, described by one analyst as on life support.

For years, a debate raged in Washington on whether the Islamic Republic of Iran was even pursuing a nuclear weapon. Israel repeatedly warned that Iran was getting to within a year of being able to make nuclear fuel for at least one nuclear weapon, even as late as in 2021, but was largely ignored.

On Sept. 9, the former deputy secretary general of the International Atomic Energy Administration (IAEA) Ollie Heinonen, told my Hudson Institute nuclear seminar that the current head of IAEA had made the decision not to approve any new “nuclear deal” unless Iran allowed full access to those facilities where previous nuclear weapons and military work had been or was suspected of being undertaken.

Heinonen also disclosed that Iran refused to discuss its violations of the 2015 deal because Iran warned it would affect its cooperation on previous agreements, effectively using one set of negotiations to deflect questions about another similar negotiation!

But thankfully, IAEA reversed its 2015 decision to ignore Iran’s illegal nuclear weapons work, a previous bad decision that had allowed the Iran nuclear program to proceed and thus grow more powerful, precisely the opposite outcome of what the 2015 deal supporters were telling Congress.

How much more powerful? Heinonen disclosed that even under the 2015 agreement, the new Iranian centrifuges allowed were vastly more capable than previous centrifuges. His bombshell announcement was that Iran can now produce six bombs worth of nuclear material in six weeks. This even after some seven years of being under the “restrictions” of the 2015 nuclear deal.

The 2015 deal was thought workable because the US intelligence community had concluded (erroneously as it turned out) that whatever nuclear weapons work Iran was doing was halted in 2003 and that any work since was to develop nuclear energy.

Iran pretends its interest in nuclear technology is for nuclear energy. What’s often misunderstood is that every revelation of Iran’s illicit nuclear weapons work has been revealed, not by the government of Iran, but by dissident groups within Iran or by the Israelis.

The subterfuge by Iran has been long-standing. For example, Alan Simons on his blog from Sept. 8 points out that in 2006 the Iranian Research and Technology Minister told his Indonesian hosts that Iran was ready to help any Islamic country with nuclear technology. In 2008, Iran’s Ambassador to Syria made a similar offer to that country, an offer repeated to the Gulf states later that same year.

In July, the Congressional Research Service of the Library of Congress completed an excellent report that clarified what Iran means when it talks of nuclear technology: “Tehran is also conducting prohibited research and development, illicit uranium metal production, and centrifuge manufacturing and installation.”

In April, the US State Department concurred that “Iran’s expansion of uranium enrichment activities … allow [sic] Iran to enrich more uranium more quickly and to higher levels” (when obviously there is no rush to fuel a non-existent nuclear energy program.)

A State Department official warned in March 2022 that Iran would currently need as little as one week to produce enough weapons-grade HEU for one nuclear weapon, consistent with Heinonen’s latest warning.

As for deterrence, Ken Timmerman wrote in “Getting Ready for a Nuclear Ready Iran” in 2005, Iran’s interest in nuclear technology is genocidal. As former Iranian President Ali Akbar Hashemi-Rafsanjani stated, Iran would come out the winner in a nuclear duel in the region. “Israel may kill 100 million Muslims,” Rafsanjani said. “Muslims can sustain such casualties, knowing that, in exchange, there would be no Israel on the map.”

The UN met this week on Iran and contrary to its previous 2015-6 decision, found Iran in violation of its obligations under international law and the 2015 nuclear deal. No longer will the UN accept Iranian threats to not cooperate with the UN if pressed about its illicit behavior, whether over the 2015 deal or the 1969 UN treaty on proliferation. Key EU nations echoed the UN findings.

And without the UN’s support and seal of nuclear good housekeeping, the old deal cannot be resurrected especially while Iran is in violation of the terms of all three related agreements —the 1969 NPT, the 2003 Safeguards agreement and the 2015 nuclear deal.

For decades, the US intelligence community refused to believe Iran was pursuing nuclear weapons. Just as in 1991 as related by Michael O’Hanlon the US was astounded to discover that Saddam was a few months away from having a nuclear weapons capability.

Oblivious as well, writes Tom Reed in the “Nuclear Express,” when China in 1981 made the conscious decision to spread nuclear weapons technology to its friends, including Pakistan, Iraq, Iran, Libya, and North Korea. All not coincidentally, national centers of nuclear mischief and mayhem.

Read in the Federalist.