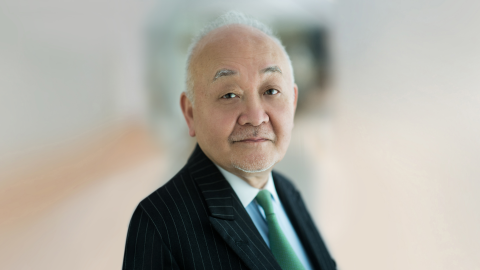 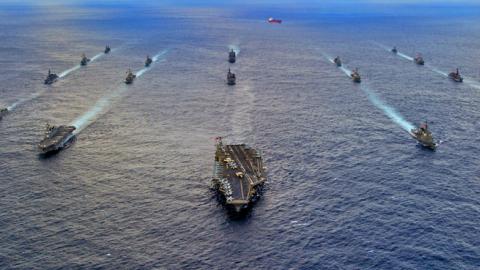 p(firstLetter). The alliance between the United States and Japan, born at the end of the Second World War, continues to play a vital role in the defense of the Japanese Islands and in U.S. regional Indo-Pacific strategy. The People’s Republic of China is challenging the U.S.-Japan alliance in the Indo-Pacific Region. China has greatly increased its defense budget, expanded and modernized its navy, and increased operations that challenge the region’s status quo—including in the East China Sea, where the PRC regularly violates Japan’s territorial waters, in the vicinity of the contested Senkaku Islands. China’s belligerent behavior poses a strategic threat to Japan’s domestic security and will continue to encroach on Japanese and U.S. interests in the region.

The PRC’s threatening behavior and an aggressive nuclear-armed North Korea are testing the U.S.-Japan bilateral alliance as it has not been tested since the Cold War. The United States continues to serve as a guarantor of Japan’s national security. The U.S. military has stationed naval, air force, army, and amphibious forces in Japan as a strategic deterrent against would be aggressors.

With U.S. forces in Japan as a deterrent, Japan has developed a pacifist strategy based on non-aggression and security limited to self-defense. The Japanese constitution’s Article 9 enshrined this principle into law. Japan’s regional strategy has paid dividends through political, diplomatic, and economic engagement with Indo-Pacific countries. This includes Japan’s increasing defensive security cooperation in the region. The Japanese Self-Defense Forces have participated alongside the United States and such neighboring states as South Korea in bilateral and multilateral exercises that build both capabilities and security relationships.

Beyond diplomatic and soft power engagement, Japan has in recent years increased its defensive capabilities. To counter Chinese and North Korean missile threats, Japan has worked with the United States to build an advanced ballistic missile defense. In addition, the Japanese Self-Defense Forces have acquired medium-range cruise missiles for its air forces to deter potential adversaries from launching attacks. Tokyo has expanded its defense to counter challenges below the threshold of war against Japan’s outlying islands. Improved intelligence, surveillance, and reconnaissance and the establishment of amphibious forces contribute to this defense.

Despite the successes of Japan’s pacifist strategy, its maturing defensive capabilities, and growing regional engagement, the country is reticent to become an equal partner in the alliance with the United States. The time is right for a reconsideration of this self-view. This paper recommends that the U.S.-Japan alliance should be reconstructed as an equal partnership. Tokyo and Washington will advance their shared interests from a more candid expression of viewpoints. A more assertive Japanese self-defense strategy would acknowledge increasing tensions and armaments in the Indo-Pacific. A parallel transformation would advance Washington’s position as the dominant Pacific power: The United States should regard Japan not simply as a forward operating base for U.S. forces, but as an ally whose defense demands sustained resources and effort, one that, with sufficient protection, can contribute significantly to the U.S.’ regional strategy.

To strengthen the alliance, this paper recommends that Japan augment the bilateral relationship through improved political-security cooperation. Japan’s role in securing a prosperous and peaceful Indo-Pacific is as essential as its continued attention to strong ties with regional states. Candid and open discussions between the two allies over regional and interstate issues will help both Tokyo and Washington add to existing trust and face growing threats with increased confidence.

The alliance would benefit further from recent changes in Japanese defense industry policies. Japan has high-quality defense technologies that until recently were prevented from export by strict laws. The new 2014 “Three Principles on Transfer of Defense Equipment and Technology” allows Japanese companies to sell defense technologies abroad and participate in joint research and development projects with foreign companies.

Still, Japanese companies have been hesitant to conduct defense business abroad, and the Japanese government has struggled to streamline the technology transfer process. The Ministry of Defense’s Acquisition, Technology, and Logistics Agency (ATLA) can advance this process by streamlining the approval of foreign sales, identifying foreign purchasers, and strengthening Japan’s defense industrial base. A reform and standardization in the classification of sensitive technologies would further ease the necessary approval of defense sales.

Improved defense technology cooperation between Japan and the United States would benefit the alliance by giving Japanese companies the ability to fill niche gaps in U.S. defense supply chains and in U.S. capabilities. It would allow U.S. and Japanese defense contractors to collaborate on defense projects to the benefit of both countries. Japan’s defense industry can contribute high quality technology to the U.S. and global defense markets.

To strengthen the alliance, the United States and Japan should further build and strengthen joint operational capabilities. This would include greater integration of both countries’ command structure which have hitherto been separate and connected only recently by the Alliance Coordination Mechanism, a structure that aims to synchronize responses between the countries to major contingencies (e.g. an attack on Japan or the United States). However, the ACM could be improved through greater integration of command structures that would hone their joint operational capabilities.

China’s increasing military capabilities and their use throughout the region suggest that Japan’s defense of its vulnerable outlying islands require greater attention. Integrated air defenses between the United States and Japan would help achieve this. Japan’s development of its amphibious capabilities to respond swiftly if deterrence fails would be materially assisted by such amphibious platforms as the US-2 seaplane. The JSDF’s provision of defense hardware that would be needed for search-and-rescue operations in a large-scale and prolonged conflict between the United States and China would further serve alliance preparedness.

While improving these capabilities, the Japanese government will benefit by continuing to demonstrate that its weapon acquisitions and improved defense capabilities are defensive. A stronger JSDF will emphasize Japan’s nonaggression, maintain its own security, and allow Tokyo to fulfill a more prominent role in the U.S.-Japan alliance.