A policy of restraint backed by strength is better than either the passivity advocated by non-interventionists or the Obama administration’s weaker strategy. 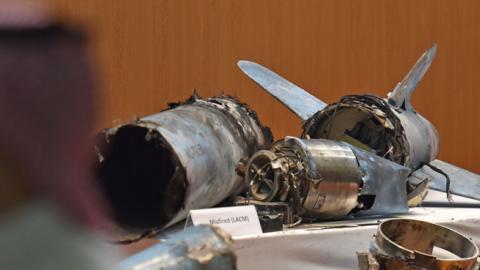 Has President Trump’s response to Iranian aggression really been weak?

Senator Lindsey Graham (R., S.C.) recently tweeted that the Iranians may have viewed President Trump’s last-minute decision to call off a military retaliatory strike after the Iranians downed an unmanned American military drone — and to instead respond with a quiet but significant cyber-attack — as a sign of weakness. The president shot back at Senator Graham, tweeting that the decision had shown strength. And I’m persuaded that he’s right, not because his administration is following the strategy favored by Senator Rand Paul (R., Ky.) and other non-interventionists for avoiding costly wars, which often amounts to passivity and a shirking of leadership, but because his restraint is allowing the State Department-led strategy to work.

Senator Paul, Tucker Carlson and others on the right who praised the president’s decision not to openly attack Iran are correct in their estimation that a full-on war with Iran would exact a steep cost in treasure and American lives. This would be especially bad now, at a time when we must reorient our focus, resources, and strategies to deter China and Russia, and prepare our military to fight and win if deterrence fails. To the extent that the United States is bogged down in long, draining, conflicts in the Middle East, China and Russia benefit. But the self-styled non-interventionists are wrong about the smartest way to avoid a full-on shooting war.

What the Pauls and Carlsons of the world advocate is not admirable restraint, but passivity of the sort that invites aggression. The U.S. rightly wishes to avoid wars, but avoiding wars is not its highest good; justice for the American people is its highest good, and that means the federal government must guard its citizens and their interests from those who wish to harm them.

A person exercises restraint when he has the ability and inclination to act but chooses not to. Imagine Uncle Sam, with fist cocked, ready to sock some arrogant foe who swatted down his pricey drone. Uncle Sam’s fist stays raised behind his head, his eyes locked on his (much smaller) would-be target. He stands there, unflinching, but he holds back. That’s how I picture Trump’s last-minute decision to forego targeted military strikes in favor of a cyberattack after the Iranians downed our drone. It appears so far to have had the desired impact —Iran has ceased shooting at U.S. assets lawfully traversing the skies and I have a hard time imagining it will openly do so again or hit a U.S.-flagged tanker. Isn’t that precisely what we’d have wanted from any American response?

The trick is to make your adversary take the threat of force seriously without having to actually use force. In this, Trump has been aided by those hawks in his administration who have argued for a more bellicose response, because they’ve lent credibility to the threat of force. National-security adviser John Bolton was good for this White House. It was good to have him in the room to temper the risks of the president’s desired diplomatic entreaties to North Korea and other adversaries. Secretary of State Mike Pompeo continues to fill a similar role, but with a much different style. It’s to the president’s credit that he chooses men and women to council him who understand that there are things worse than war, and that the best way to avoid war is to prepare for it. This White House remains populated with such patriots.

But back to the matter at hand. How is Trump’s overall approach to the Iranian regime actually faring?

Well, for one thing, the administration’s crippling sanctions regime has drained Iran’s cash flow. Oil exports have fallen 80 percent since the sanctions were put into place, which, according to Brian Hook, the U.S. special envoy for Iran, has forced Tehran to cut military spending by 29 percent this year. That’s bad news for the Shiite paramilitary forces operating under the auspices of Iran’s Islamic Revolutionary Guard Corps (IRGC), which have been fomenting chaos in Iraq, Syria, Lebanon, and Yemen to the Islamic republic’s advantage.

For another, it sure seems as though someone with interests that overlap ours has been busy quietly thwarting and disrupting Iranian military advances, as Micha’el Tanchum recently noted:

Yet since July 19, at least five major airstrikes have targeted Shiite militia munitions depots storing Iranian missiles. Although no one has claimed responsibility for the operations, suspicion has fallen on the United States and Israel, allegedly supported by countries ranging from Saudi Arabia to Azerbaijan. Regardless of the source, the attacks have taken a page out of Iran’s own playbook to thwart Tehran’s bid for Middle East hegemony.

And finally, our partners and allies have begun standing with us and against Iran. Secretary Pompeo and Special Envoy Hook have been tirelessly beseeching allies to come around to the administration’s approach, and their efforts appear to be bearing fruit. After Iran tried to deny responsibility for its recent attack on Saudi Arabia’s critical oil infrastructure, the EU — not always a reliable fan of a hardline approach to Tehran — was convinced to back Pompeo’s assertion to the contrary. Iran has blundered, big time. And the Trump national security team is unlikely to waste the opportunity to use that mistake to America’s advantage.

It’s tempting to focus on Iran’s recent attacks and conclude that its leaders are growing more brazen and unconstrained. But the attacks have been carefully calibrated, as my colleague Walter Russell Mead has observed:

Iran has not attacked American troops, launched terror strikes against the American homeland, fired on American-flagged vessels, interfered with the oil trade enough to cause a price shock in the U.S., made such progress on its nuclear program that an Iranian bomb is imminent, or invaded the territory of a country the U.S. has promised to defend.

They might be foolish enough to truly throw caution to the wind and lash out in the future, but they have not done so thus far, and if they do, Trump would be wise to more forcefully show them and others watching the consequences of such actions.

American diplomats have said that the goal is to force Iran to the negotiating table, and that the United States will not make the mistake it did during the Obama years of easing sanctions before Iran changes its behavior. If the U.S. and the Iranian regime end up returning to talks, and American diplomats can secure a deal that unwinds and removes Iran’s nuclear-weapons program, fantastic. But even if they don’t, isolating Iran and handicapping its ability to sow conflict abroad is a better bet than the Obama administration’s softer approach.