Symbols and Shadows of the Political Order

The Empress of Austria and the Spiritual Significance of Authority 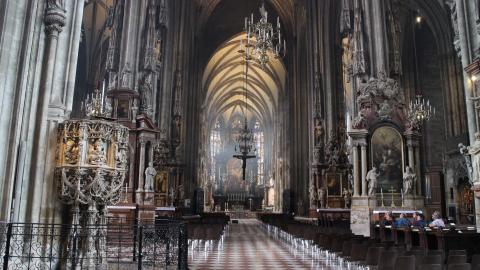 I had the great pleasure in being a participant in the recent “Anglicanism in the Public Square” conference, hosted in Washington DC by the John Wesley Institute.

There were many excellent papers, and much excellent discussion, but two of the presentations stood out for their mode of exploring the topic. Rather than a discussion of ideas, or a historical exposition, they explored the implications of human words and symbols that were not in in the first place political, though certainly public.

Ephraim Radner’s “Anglican Devotion and the Politics of Mortality” discussed the Church of England’s devotional preservation of gravestones and of memorials in the churches themselves, gently teasing out what they revealed about how people understood their mortality, and thence of their entire place in the world, including the central role of families.

In his “The Political Theology of the English Reformation,” Oliver O’Donovan distinguished such political theology from constitutional law and theories of the relation of the state to the church, and claimed that it was economical and carefully balanced. This he illustrated from Archbishop Thomas Cranmer, who at first did not seem to be a likely source since he avoided the then dangerous practice of writing anything explicit on politics. In the face of this, O’Donovan did an exposition of Cranmer’s two collects for the monarch in the 1549/1552 Prayer Book Communion Service. Through careful exegesis he drew out the implications of what was said and, perhaps more important, what was not said that we might have expected to be there.

Listening to these reminded me of an extemporaneous exposition by political theorist Stanley Kurth in answer to a question from Samuel Huntington as to what things, apart from words and kindred actions, could reveal political beliefs to us. I had suggested flags and seals, and then Kurth responded with a magisterial overview, probably about fifteen minutes long, covering heralds, governmental seals and, above all, flags, with the latter especially revealing about a state’s claimed political order. These include the crescents, or simply the green, on Muslim-majority country flags, the Dharmachakra on the Indian flag, the crosses that remain on many Western flags, and the now ubiquitous rationalist tricolors symbolizing republicanism or liberty.

These symbols came to mind in reading Mark Tooley’s praise of The Empress, the Netflix royal drama focused on the Hapsburgs in the mid-19th century. The Hapsburgs ruled over the Austrian Empire, created after Napoleon’s defeat, which later became the dual monarchy called Austria-Hungary, with capitals in Vienna and Budapest.

The last Empress was Zita, who lived into her nineties and died only in 1989, sadly too soon to witness the collapse of the Soviet Empire. Her funeral tells us much about how to judge temporal power.

Since the monarchy had been ended for over 70 years, Austria could not conduct a state funeral. But what they provided was almost a re-enactment of such a funeral. As the sociologist Peter Berger recounts:

“A solemn funeral mass took place in St. Stephen’s Cathedral, celebrated by the Archbishop of Vienna. The prayers were read in all the languages of the monarchy—German, Hungarian, Czech, Croatian, and so on. Then the funeral procession made its way from the Stefansplatz to the nearby Capuchin monastery, in whose underground crypt, for many centuries, all Habsburg rulers had been deposited in sarcophagi—some ornate, some quite simple—and some lesser ones stacked away as in a warehouse.”

When the procession arrived at the monastery, they stood before a locked gate. The marshal of the procession knocked on the door, behind which was the Abbott and all the monks, In response to the knocking, the Abbott responded “Who seeks entry?”

“The marshal responded by reciting the so-called long title. Traditionally there were three titles—after the long one a somewhat shorter one, then a very short one. The recitation of the long title took about ten minutes, naming every territory ever acquired by the Habsburgs (some by conquest, most by marriage, the Habsburgs’ favorite method of imperial expansion). It drew attention once again to this vast empire that reached from the eastern border of Switzerland to the western border of Russia, and which when it ended had fifty million subjects.”1

When the recitation of the long title was over, the abbot simply replied “We do not know her. Who seeks entry?”

In the 1989 enactment, the recital of the still-lengthy middle title was omitted and the marshal simply cited the shortest title: “Empress of Austria, Queen of Hungary, Queen of Bohemia.”

Again, the abbot replied: “We do not know her. Who seeks entry?”

Then the marshal said: “Zita, your sister, a poor sinner.”

And the gate was opened.

Thus the judgment on political power.