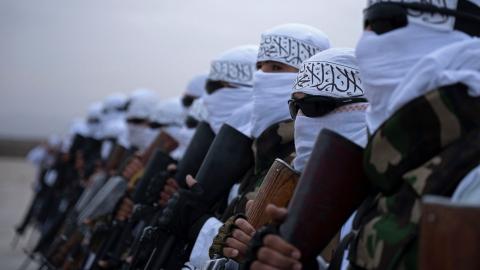 The winter months are a time of hardship and hunger for many Afghans, of whom an estimated 97 percent are threatened with poverty. This winter, 18.9 million Afghans are suffering from starvation. Meanwhile half the population are reliant on international humanitarian aid for survival. Making matters worse, this aid is now at risk after the Taliban banned NGOs from employing local female staff. How have the Taliban responded to this crisis? Last week they introduced to the world “the first sports car designed and manufactured in Afghanistan.”

Pictures of the new Mada 9 show a sleek looking vehicle, even if under the hood is an engine from a Toyota Corolla. The images are good social media content for the Taliban, but Afghans cannot eat a car. Amid debates on the global stage about how best to provide aid to the Afghan people without lining the pockets of the Taliban elite, unveiling a sports car was poor timing to say the least.

A smart looking sports car with a Corolla engine sums up the Taliban. The group says whatever its international audience wants to hear to create a superficial impression, but a closer look under the hood shows something else.

Every major promise or commitment by the Taliban since peace talks with the Trump administration began in 2019 has turned out to be a lie. Donald Trump and Joe Biden were so desperate to leave Afghanistan that they were either easily duped, or simply didn’t care and were willing to believe anything they were told. There are three notable examples.

This has not come remotely close to happening. Far from representing all the people of Afghanistan, the government is instead focused on representing only the different factions inside the Taliban. The Taliban at the top is fractured and plagued by infighting. At least five different groups — the Haqqani faction, the Baradar wing of the Kandahari faction, the Yaqoob wing of the Kandahari faction, the Pakistani ISI-backed “Supreme Leader” Hibatullah Akhundzada, and the non-Pashtun Taliban operating in northern Afghanistan — are competing for influence and power. With so much division, any hopes of forming an inclusive government with other non-Taliban groups has all but faded away.

The second example is on women’s rights. In August 2021, a Taliban spokesman said women would be “very active in society but within the framework of Islam.” A month later, the Taliban permitted women to attend universities with sex-segregated classrooms, but this was stopped last month. Younger girls have not been allowed to attend secondary school since the Taliban takeover, despite repeated pledges to the contrary. The job market is no better for women. Female government workers are barred from entering their own offices. The Taliban also made it illegal for a woman to be treated by a male doctor. This ruling leaves millions of Afghan women in a perilous healthcare situation. After all, if women are barred from university education how will there be any female doctors?

The final example is the Taliban’s promises on terrorism. Though their agreement with the Trump administration said the Taliban would “prevent any group or individual, including Al-Qaeda, from using the soil of Afghanistan to threaten the security of the US and its allies,” their takeover has enabled terrorist groups.

Daesh has thrived in Afghanistan, and their mass casualty attacks, often aimed at the Shiite Hazara minority, remain common. Al-Qaeda’s reestablished presence in Afghanistan was best highlighted when its leader, Ayman Al-Zawahiri, was killed in a US drone strike in Kabul in July. In addition, smaller terrorist groups such as the Islamic Movement of Uzbekistan and Jamaat-e Ansarullah now operate freely in Afghanistan and seek to destabilize Central Asia.

Because of the actions of the Biden administration and the total withdrawal of international troops, few if any good policy options remain in Afghanistan. The most immediate and important thing for the international community to do is to finally acknowledge the Taliban for what they really are, and what the hope is that theywill some day be. The Taliban have not changed, and there are no signs that they will.

The international community should also start engaging with all stakeholders in Afghan society. This includes different minority groups marginalized by the Taliban, and armed resistance groups such as the National Resistance Front of Afghanistan. If we can talk to the Taliban, then why not other groups too?

As each month of Taliban rule passes, it becomes increasingly clear that the “new Taliban” is the same old Taliban from the 1990s. As the international community remains impotent, the Afghan people continue to suffer. Sadly, 2023 will be another hard year for them.