Skip to main content
Past Event
Video Event | The Ladakh Standoff and the Next Phase of China-India Relations
Friday 8:00 - 8:45AM 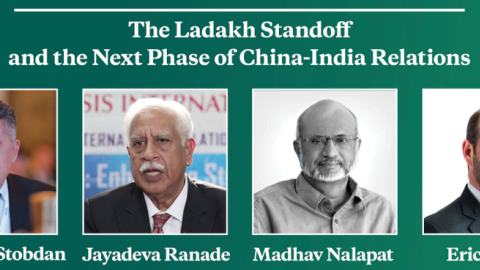 The months-long standoff between India and China along their disputed Himalayan border now shows few signs of de-escalating. In mid-June, following a Chinese military incursion into eastern Ladakh in India, face-to-face fighting resulted in the deaths of 21 Indian soldiers and an unknown number of Chinese troops. The clash was the worst outbreak of violence between the two nuclear-armed countries since Mao Zedong’s China invaded Ladakh in 1962.

Both countries have since mobilized unprecedentedly large military forces to the border area, and, in late August, New Delhi said it had thwarted yet another Chinese military effort to shift the Line of Actual Control. In recent days, shots have been fired between the opposing forces.

Join Hudson Institute for a conversation with three leading Indian analysts on the current situation in Ladakh. Panelists will address what India expects in coming months as efforts to de-escalate the standoff both diplomatically and at the brigade level are deadlocked and China refuses to back off. Additionally, the panel will discuss how the conflict has changed India’s view of Xi Jinping’s China and the intentions of its ruling Communist Party, as well as India’s emerging strategic partnership with the U.S. and other advanced democracies.