Skip to main content
Past Event
Defense Disruptors Series: A Conversation with General David Berger
Thursday 9:30 - 10:30AM
Register for Event 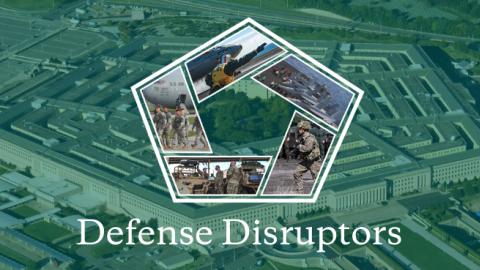 Commandant of the U.S. Marine Corps

The U.S. Department of Defense faces arguably its most difficult set of challenges since being formed in the wake of World War II. China is emerging as a peer military competitor with economic and technological strengths the Soviet Union never achieved while Russia is more belligerent than at any time since the Cold War. Iran or North Korea support attacks on their neighbors and stateless fighters wield cyber or electromagnetic weapons against U.S. allies and interests. The DoD is ill-prepared to address the scale and dynamism of these security threats. After driving technological innovation in the 20th Century, the Pentagon now lags commercial industry in developing and fielding new ideas. However, a new generation of defense leaders is attempting to create strategies, concepts, and capabilities to help the Pentagon regain an advantage in the 21st Century. The “Defense Disruptors” event series from the Center for Defense Concepts and Technology will host some of these leaders to discuss their plans and how they will handle the inevitable roadblocks and difficulties along the way.

The U.S. Marine Corps is embarking on dramatic and controversial changes in its concepts and programs to regain the advantage against increasingly capable and robust opponents like China’s People’s Liberation Army. Commandant David Berger is leading the Marines through this effort to harness new technologies and operational innovation. Please join Hudson Institute Senior Fellows Bryan Clark and Dan Patt for a conversation with General Berger. This will be the second event in Hudson’s Defense Disruptors series.