The West Is Open for Dirty Business 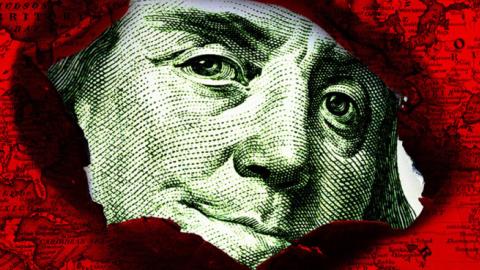 There is a specter hanging over the West—the specter of kleptocracy.

It drifts through the politics and media of Washington, London, Brussels, and Berlin; in the armies of lobbyists, lawyers, and PR teams working for oligarchs, kleptocrats, and state-controlled enterprises. Outside the major capitals, it haunts the edges of the West, where more vulnerable members of NATO and the European Union feel the chilling grip of Russian and Chinese power.

And beyond the West, kleptocracy—not ideology or terrorism—is the main obstacle to democracy across the developing world. It has transformed the psychology of elites: Why respond to popular demands when a billion-dollar bank account in Switzerland remains your ultimate escape route? It has broken a historical pattern: American and European elites in the 19th century were forced to gradually extend the franchise in order to preserve their wealth—because they didn’t have a private plane and somewhere better to take refuge.

But that’s not the only danger. Kleptocracy poisons everything it touches: not only the lives of the poorest and most vulnerable people in the world, but also the recipient countries whose professionals launder and hide stolen funds. As the power of corruption grows, it is not only blocking democracy in the developing world but also corroding it in the West.