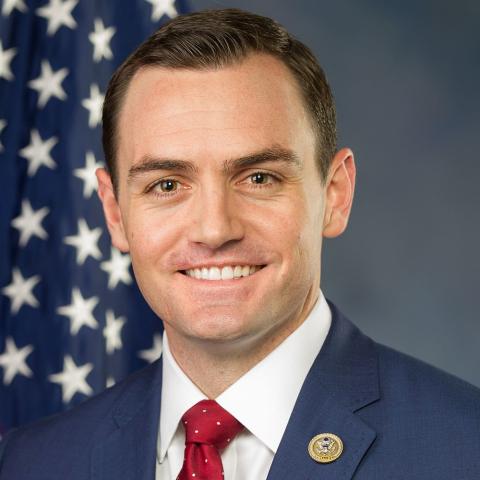 **Written remarks below may vary slightly from those delivered.**

I firmly believe today that we stand at an inflection point for American seapower, which is why Seth’s timing with his new book couldn’t be any better. As Seth chronicles, on one hand, we have a new President who made a 350 ship Navy a defining promise of his campaign, but on the other, the military rebuild that the President promised has yet to materialize.

Many of us on the Hill were disappointed when the President’s initial budget came over at only 3 percent more than the wholly inadequate plan of his predecessor. Also, Acting Under Secretary of the Navy Thomas Dee recently cast doubt on our ability to build a 355 ship Navy until mid-century. Although I was heartened that SecNav Spencer publicly disavowed Under Secretary Dee’s comments, it’s clear that there’s still a significant daylight between the President’s vision and current available resources under the budget caps.

The key is ending the caps through a bipartisan budget deal which can get 60 votes in the Senate. To do that, advocates of a strong national defense, and seapower in particular, need to change our approach. What we’ve been doing, for one reason or another, just hasn’t been resonating.

For example, more than six years into the Budget Control Act, our arguments and warnings are falling flat. In his book, Seth has a line that encapsulates this entire dilemma for me. He writes: "American seapower needs more than funding. It needs articulate, strategic-minded leadership that can connect national seapower goals with persuasive arguments to achieve them."

In other words, while talking about getting to 355 ships is important, we need to first explain to the American public why seapower is central to our national security. From this point, taking a page of the Dean of Seapower, John Lehman’s, book, we have to make a strategy-first argument from which requirements and fleet size flow as a natural and intuitive result.

I’m just a freshman Member of Congress, and while my background is in a maritime service, I spent all my time in uniform running around the desert. With that disclaimer, what I’d like to do is try to walk through the strategic case for seapower as I see it, and how we as advocates can hopefully be a little more successful going forward.

To me, the case for seapower starts with geography. North America is functionally a continent-sized island. America is fortunate to have neighbors like Canada and Mexico. And there’s no conceivable challenger to American hegemony in the Western Hemisphere. Since the Second World War, our core geostrategic goal has stayed remarkably consistent. We’ve forward-deployed forces to deter potential aggressors from attempting hegemony in Europe or Northeast Asia.

As the 20th century American strategist Nicholas Spykman wrote, “our constant concern in peace time must be to see that no nation or alliance of nations is allowed to emerge as a dominating power in either of the two regions of the Old World from which our security could be threatened.” To this end, America has defended forward, manning a series of ramparts along the Eurasian littoral, from Western Europe, through the Middle East, to East Asia.

America’s core strategic positioning along the Eurasian littoral follows Spykman’s logic of what he called the Rimland. Spykman viewed the Rimland as the crucial “zone of conflict between sea power and land power.” It encompasses what we now view as the world’s most important strategic locations: Western Europe, the Middle East, South Asia, and East Asia. “Who controls the Rimland, rules Eurasia; who rules Eurasia controls the destinies of the world” as Spykman wrote.

Spykman’s writings on the centrality of the Rimland to world politics are often paired with those of Halford Mackinder, a prominent British strategist around the turn of the century. Mackinder also conceived of grand strategy through geographic terms, but favored land power. He famously described how the Eurasian “Heartland” of Russia, Eastern Europe, and Central Asia was the “pivot” around which global power turned.

The Cold War, in a sense, was the ultimate showdown between Spykman and Mackinder. The United States and the free world coalition enjoyed a considerable advantage along the Eurasian Rimland. The Soviet Union, on the other hand, tightly controlled the Eurasian Heartland. As Seth chronicles, American Cold War strategists conceived Europe as a peninsula, surrounded by the Baltic and North Seas on one flank, and the Mediterranean on the other. This quintessential Rimland strategy meant that the United States and its NATO allies counted upon a decisive advantage in the maritime domain. While the NATO allies could afford rough parity—and indeed, even conventional inferiority—with the Soviets on land, as long as NATO maintained maritime superiority, it could threaten the Soviets on their vulnerable flanks.

Anything resembling parity on the high seas, on the other hand, would have led to disaster. Since the United States was physically separated from its allies and the most likely theater of battle, supplies and reinforcements would have to travel over the high seas. Mere naval parity, therefore, would not mean stalemate—it would mean slaughter for allied forces in Europe. Only a decisive advantage at sea could guarantee the safe and timely arrival of American military might to defend Europe.

Today, we are once again seeing the theories of Spykman and Mackinder play out on the world stage. Once more, the United States and its allies lead a Rimland coalition against autocratic aggressors. This time however, we face not a Heartland power, but a Rimland state.

The sea-facing geography of Chinese power compounds the challenge facing our transoceanic alliance, and means that command of the seas is actually more difficult than it was when we faced the Soviets. While maritime superiority was the implicit foundation of our Cold War defense strategy, on the operational level, our Cold War Navy was focused on power projection and hitting the vulnerable Soviet flanks.

Today, while power projection would be critical in a war against China, the growing capability of the Chinese Navy means that we would first have to establish sea control in the Indo-Asia-Pacific, before the true hammer of American power projection could be brought to bear.

This shifting operational focus—from power projection to sea control—makes a balanced and powerful naval force structure more important than ever. If the Navy is not able to first clear the seas, our power projection forces would face real difficulties even entering the fight. After all, our allies and forward-deployed assets are still oceans away from reinforcement.

Without decisive maritime superiority, CONUS-based forces would not be able to swiftly arrive in theater. In a future conflict, time will not be on our side. There will be intense global pressure to end the conflict before it escalates further—even if it means locking in Chinese gains.

The longer it takes for decisive American forces to fight their way across the Pacific, the more likely the conflict is to be settled on unfavorable terms. The lesson is we need a Navy capable of decisive fleet action, near our enemy’s home waters, that can win quickly. Parity in the maritime domain, therefore, is a recipe for wartime defeat. The case for absolute and unquestioned maritime dominance is essential not just for the conduct of the next war, but its prevention.

If the challenges listed above are not worrisome enough, our challenges internationally are even greater. As Seth compellingly lays out in his book, we face today revisionist aggressors in every key node across the Eurasian landmass. The 21st century Axis of the Revisionists, which Seth lays out in future scenarios as Russia, China, and Iran, but to which we could easily add North Korea, ISIS, and affiliated extremist groups, seeks to undermine American international leadership.

While these actors do not always agree on solutions, they share common dreams of ending and replacing the global order as we know it. As Spykman warned over 70 years ago, advances in technology and communication mean that the oceans buffering the United States “are not barriers but highways. [A] balance of power in the transatlantic and transpacific zones is an absolute prerequisite for the independence of the New World and the preservation of the power position of the United States. There is no safe defensive position on this side of the oceans. Hemispheric defense is no defense at all.”

Spykman’s insight was if unified under a single hegemon or an unfriendly alliance of great powers, the Eurasian landmass would effectively encircle North America. To prevent this outcome, we must vigorously defend our interests and our allies in the world’s key venue for strategic competition—the Eurasian Rimland. Just as we did three times during the twentieth century, the United States and its coalition must rely on its unquestioned command of the seas to prevent the emergence of Eurasian hegemons. The stakes could not be any higher.

So like I said, I’m just a Marine. I wish I had all the solutions, but to borrow from Mike Tyson, everyone has a plan until they get sworn into Congress. My challenge to you is that when you are discussing the imperative for seapower in the future, to not forget to include the “why” as part of your discussion. As Seth so astutely points out, as advocates for American naval power, we’ve skipped a step. We’ve assumed our audience shares our understanding for why an unquestioned Navy is important in the first place.

As someone who is new to politics, I’m still learning on a daily basis from my constituents and what is on their minds. I truly feel they would be open to a strategic case for seapower—and higher defense budgets—if someone took the time to explain it properly. Of course, folks in my district would rather talk about Aaron Rodgers than Nicholas Spykman. We need to find new ways to translate the strategic case for seapower into an elevator pitch that voters across the country can intuitively understand.

Unfortunately, up to this point, I’m afraid we’ve had a little Seablindness of our own. I think Seth’s book is an important contribution to this fight, and it was truly an honor to be able to share a few thoughts with you all. I look forward to future discussion and engaging in discourse on the topic at hand.