The Many Sides of Multilaterism 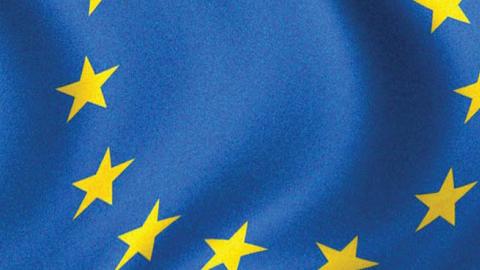 Developments in 2019 suggested that the European Union and China were aligning in their support for multilateralism as a key feature of international order. This came as the United States opted out of several multilateral permanent institutions such as the UN Human Rights Council, the Appellate Body of the World Trade Organization (WTO), and ad hoc arrangements such as the Joint Comprehensive Plan of Action on Iran’s nuclear program and the Trans-Pacific Partnership trade agreement.

In 2019, then European commissioner for trade, Cecilia Malmström, stated that although the EU and the United States share many concerns about China’s economic policies, the EU does not approve of the Trump administration’s approach of using tariffs to achieve political goals. Europe sees China as an economic rival but not a political enemy.

The EU’s 2019 summit statement with China demonstrated mutual interest in cooperation on issues where cooperation with the United States is impaired, and multilateralism in the economic and security arenas formed an important part of pledges for future European-Chinese cooperation.

US imposition of tariffs on EU steel and aluminum exports in May 2018 led the EU to impose retaliatory tariffs on select US exports and cooperate with China on upholding the WTO as a central institution for managing global trade issues through reform measures. Many European countries consider US trade policies to be an imminent threat to the viability of multilateral trade regulation. Hence, the issue of tariffs and the WTO has been seen as a litmus test for future transatlantic cooperation. The EU’s 2019 summit statement with China demonstrated mutual interest in cooperation on issues where cooperation with the United States is impaired, such as free trade and WTO reform.

But the European-Chinese rapprochement on multilateralism is superficial. Look more closely, and you find that the EU and China have sharply contrasting notions of what multilateralism actually means.

A Study in Contrasts

EU multilateralism entails an issue-based ambition to increase the influence and sustainability of disempowered actors and areas of importance for common peace and welfare with more influence – whether it is women, the global climate, or the African Union. Chinese multilateralism is based on ambitions to redress the relative influence of developed and developing countries, such as China.

A rules-based order in China’s understanding means that the rules are applied differently, depending on how you are identified as an actor. China pursues this understanding beyond the institutions where it has obtained formal permission for special treatment.

In the South China Sea, for example, China takes the view that Western countries and Japan unlawfully seized an area in the nineteenth and twentieth centuries over which China held jurisdiction according to pre-modern Chinese understandings of international law. In East Asia at that time, sovereignty was not about effective control to the exclusion of others, but about reverence for the authority in principle of the Chinese ruler in areas declared as Chinese. In China’s view, the assertion through violent means of effective control over the South China Sea by other powers did not impact China’s right to the area. These acts were unlawful as well as unjust because Western legal concepts did not apply at the time. China maintains the position that most of the South China Sea remains Chinese, and that the Law of the Sea regulating international maritime conduct does not apply.

Many states have had their borders withdrawn by unlawful and violent means through history, making it impossible to refer to arguments of historical sovereignty. China stands out by insisting that historical sovereignty applies to so-called historic Chinese waters – implying that China is somehow exempt from universal international interpretations of the law of the sea, not because it is a great power that can afford to ignore international law. Rather, historical injustices legitimizes China’s right to a different interpretation of the law of the sea.

China has writ large this understanding, apparently aiming to rectify what it sees as unlawful deprivation of Chinese great power status in prior centuries, entitling China to advance its own interpretation of the rules of the multilateral system. China’s multilateralism is designed to allow it the advantages it feels it has been deprived in the twentieth century by a rules-based system biased towards liberal Western countries. It does so by seeking to revise the interpretation of existing rules and institutions from within, trying to establish a constituency of primarily developing countries in support of this effort.

China’s behavior in the UN system offers a good example of its revisionism. Europe has recognized that, in contrast to the United States, China’s UN policy has offered support for Europe’s preferences for avoiding the use of force and addressing problems of poverty and education to protect against human atrocities. For example, both Europe and China are major supporters of UN peacekeeping.

But European recognition of China’s contributions to the UN humanitarian agenda exists alongside a growing concern that the country is a systemic rival that promotes an alternative model of multilateralism undermining the core European tenets of the rule of law, human rights, democracy, and good governance.

China’s failure to observe basic human rights in Xinjiang and its disregard for civil and political rights, as witnessed by the crackdown on human rights lawyers and defenders, are key sources of European skepticism toward China’s ability to play a constructive role in multilateral institutions.

In 2018, China worked with states such as Sudan, Syria, and Venezuela to push a resolution through the UN Human Rights Council that promotes human rights by way of “mutually beneficial” or “constructive” cooperation. The resolution does not negate individual rights but emphasizes interstate cooperation. The EU abstained due to the vagueness of the text. The incident indicates that jury is still out for Europe on whether China’s domestic human rights policies shed light on the positions that Beijing will take on future international human rights issues. As China’s presence in the region grows, Europe is also closely watching to assess whether it will itself be subject to Chinese soft-power influence such as the large-scale financing of academic cooperation and strategic media communications.

A similar growing European skepticism towards China is emerging in the economic and industrial sphere, alongside continued efforts to work with China to preserve the role of multilateral institutions such as WTO. Europe shares US concerns about Chinese forced technology transfers and intellectual property theft, which are illegal under WTO rules. On industrial policy, the EU performs an advisory role with some powers of enforcement toward the member states, making it complicated for Europe to provide a unified response to the economic challenges from China.

Of particular concern are intangible technology transfers occur in the form of foreign direct investments, mergers and acquisitions, research and education cooperation, and the transfer of data in nonphysical forms. These transfers have helped China’s arms industry, for example, compete with more established arms exporters on global markets.

One example is China’s industrial challenges to the maritime industry in Europe. The industry has a strong supply chain in northern Europe, which China has accessed, either through design collaboration agreements or through acquisitions. China copies advanced innovative ship designs, often resulting in domestic copies of these designs within as little as a year. Provided the copy is successful, China starts developing a domestic supply chain and acquires companies that have key technologies in the supply chain, such as engine producers.

The final step is to establish economies of scale by consolidating the Chinese design competencies in one large company such as China State Shipbuilding Corporation (CSSC). This state-owned enterprise CSSC is the world’s biggest shipbuilding corporation and has enormous financial backing from the Chinese state. In 2019, China’s top two shipbuilders, CSSC and China Shipbuilding Industry Corporation (CSIC), which has a global market share of 20 percent, were merged by the Chinese government. The new super-conglomerate is expected to greatly boost China’s shipbuilding industry and facilitate the building of a strong navy. Through illegitimate market economic practices, China is positioning itself as an industrial civilian and naval shipbuilding giant capable of significantly reducing the market share of Western companies.

The key question for Europe is to what extent the EU should build more restrictive export controls for European industry and research and development at a time when Europe is already facing serious issues of competitiveness. The unfair advantages of Chinese industrial giants such as CSSC and CSIC have sparked a debate in Europe about how to ensure competitiveness, either by strengthening antitrust regulation to protect start-up companies and consumer rights, or by allowing for mergers with the economies of scale that let them compete with Chinese companies.

In 2019, the European Commission blocked a merger of the largest regional suppliers in the rail market, Alstom and Siemens, despite prior French and German governmental approval, because it believed that the merger would harm competitiveness. The merger was meant to create a European match for China’s state-owned China Railway Rolling Stock Corporation, which is forecast to become dominant in global rail markets. The case has sparked a debate on how to reconcile European industrial and competition policies in a way that ensures that European companies are sufficiently sizeable to enjoy economies of scale that allow them to compete with gigantic Chinese companies with major financial resources.

Negotiations for a comprehensive EU-China agreement on investments have been ongoing since 2013. This would be “ a key tool in rebalancing investment relations and in securing fair and equal treatment for EU companies operating in China.” While the outcome of these negotiations remains unknown, in 2019 an EU investment screening system entered into force. Chinese acquisitions in strategic sectors, such as semiconductors, robotics, and aerospace, have helped promote European unity. The screening system will affect intangible technology transfers as well as China’s targeting of Europe to acquire control or influence over European undertakings that may have repercussions for critical technologies, infrastructure, or sensitive information.

A Strengthened European Commitment to Multilateralism

China’s bleak record on upholding civil, political and economic rights and obligations of the post-World War II multilateral institutions give rise to European hesitancy about working too closely with China on sustaining them as key features of global order. Europe is also experiencing a declining US willingness to accept the institutional constraints of liberal world order. However, the United States is overtly breaching rules and abandoning institutions, pointing out the flaws of a multilateral structure that is according to many Americans based on the United States shouldering an unfair share of the burden of running these. As the United States seeks to redefine its foreign policy towards serving more narrow US national interests, Europe is forced to become more self-reliant regarding its economic and military security.

China’s challenge to multilateralism is more subtle and potentially much more of a threat to Europe. While seeming to embrace existing multilateral liberal institutions, China is slowly transforming them from within so their understanding of how to protect civil, political and economic rights is more aligned with the Chinese world view. Instead of upholding liberal values, it becomes more and more clear that this effort is designed to legitimize the policies of authoritarian regimes with a critical approach to existing international market economic, democratic and human rights regimes.

Paradoxically, US-Chinese challenges to multilateralism have strengthened Europe’s commitment to its own version of highly institutionalized multilateralism. Europe is not about to become a unitary state. At the same time, however, support for the EU is stronger than ever. If a referendum on membership were to be held in each country, an absolute majority of respondents in 25 member states would vote to remain in the EU, while a plurality of respondents still share this view in the remaining three: Italy, the Czech Republic, and the UK. Strong support for European unity demonstrates a widespread recognition that Europe can only exercise influence in an era of growing US-Chinese strategic competition if it acts collectively.